Lucia, the secret of shooting stars awarded at Reflections of the Universe festival 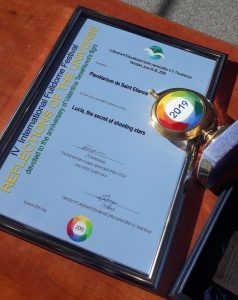 This happened during theReflections of the Universe festival in Yaroslav (Russia) where the show “Lucia, the secret of shooting star” – Saint-Etienne planetarium production has received the Best Fulldome Animated Show award!

This is the second award since its release in June 2018.